The Unabridged History Of Sand On A Beach 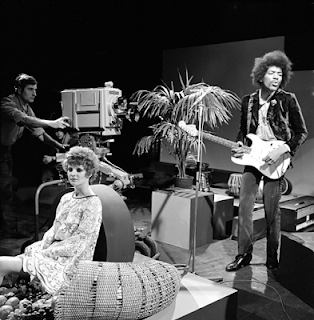 The little flame is fierce
and refuses
to go out. Now, a fire,
it burns brighter,
fed by an infinite breath.

I fall to pieces
I break apart...
Like a grain of sand,
up close
is a lonely amber.

In reflection,
this smallest pebble is
solitude…
A choice
to stop and smell the rhythm
and blues.

Now, I look around,
what seems the Milky Way,
is the flicker of separate flames
from here to where
I can only imagine...
From over the horizon,
the flickers are the flame
which illumines a secret chord.

This must be how a grain,
the Third Ṣtone From The Ṣun¹,
becomes a footnote in
The Unabridged History Of Sand On A Beach.

¹ "Third Stone From the Sun" is a song written and originally recorded by Jimi Hendrix and released as "3rd Stone from the Sun" on the 1967 Are You Experienced album by Jimi Hendrix Experience. It is mostly an instrumental, but includes pieces of spoken word, performed by Hendrix, over the music.
Because the song mixes the styles of rock and jazz, it is often cited as one of the earliest examples of fusion. The title is a direct reference to Earth, which is the third planet away from the Sun in the Solar System.
The song features slowed-down voices and dialogues between Hendrix and his manager Chas Chandler. They wanted to reproduce the spacy sounds from Star Trek[citation needed]. The word "Stone" in the title was a way to depict the Earth from an alien point of view.
With the track sped-up by a factor of two (or playing the 33⅓ RPM LP at 45 RPM), one can clearly hear what is said, especially at the beginning of the song. The version heard on The Jimi Hendrix Experience: 1966–1967 begins with the overdub session for the dialogue, including Hendrix and Chandler's first "verse" at regular speed, including two incomplete outtakes:
Hendrix : Star fleet to scout ship, please give your position. Over.
Chandler : I am in orbit around the third planet of star known as sun. Over.
Hendrix : May this be Earth? Over.
Chandler : Positive. It is known to have some form of intelligent species. Over.
Hendrix : I think we should take a look, (Jimi then makes vocal spaceship noises).